The relationship between the British and Chinese governments is under strain after the prime minister, Theresa May, decided to delay approval of the planned £18bn Hinkley Point C nuclear power station because of concerns over China’s 30% stake in the project.

The move has prompted a warning from the Chinese ambassador to the UK, Liu Xiaoming, who said in a pointed Financial Times comment piece that relations with Britain were at a “crucial historical juncture”. Here are some of the key questions regarding the Sino-British relationship after the Hinkley Point delay.

Building nuclear power stations is expensive, and prone to cost and time overruns. The Hinkley Point project is already heavily subsidised by UK taxpayers, while EDF, the French largely state owned company overseeing the project, is under significant financial stress.

That is why EDF brought China General Nuclear Power Corporation on board to take a 33% stake in the project and help spread the financial load. China is also expected to have a significant role in future reactors at Sizewell in Suffolk and Bradwell in Essex, which is one of May’s biggest concerns.

Why is the UK courting Chinese investment?

Investment from abroad is particularly important when you have a large current account deficit, meaning more money flowing out of the country than coming in. The UK’s current account deficitwas 6.9% of GDP in the first three months of the year, just shy of a record high of 7.2% in the fourth quarter of 2015. 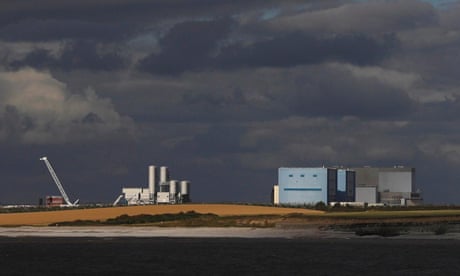 What does China own in the UK?

While the UK is not one of China’s top three investment destinations, Britain comes top in Europe, attracting more Chinese cash than Germany, France and Italy combined. Chinese investors have sunk about $38bn (£29bn) into everything from prime London real estate to banks and football clubs since 2005, according to figures from the American Enterprise Institute and the Heritage Foundation.

Three Chinese sovereign wealth funds are huge investors in the UK. Safe holds 1% of BP and China Investment Corporation has 9% of Thames Water and 1% of Diageo, the maker of Guinness and Johnnie Walker whisky.

Chinese investors are also keen on British football clubs, particularly in the Midlands. Aston Villa and Wolverhampton Wanderers were both bought by Chinese investors, while West Bromwich Albion is being sold to a Chinese investment group. Investors CMC own a 13% stake in Manchester City.

What Sino-British deals have been signed recently?

China Construction Bank agreed to provide up to £6bn of funding to help regenerative medicine and tissue engineering research at Oxford University.

Chinese investment is also crucial for the Northern Powerhouse project, which was placed in doubt by the departure of Osborne, its architect. This has stoked fears that any cooling of relations with Beijing could damage efforts to narrow the economic gulf between the south-east and the north of England.

Ambitious projects require billions of dollars of investment and Chinese infrastructure investors are among those with cash to spend. Last year, Osborne called on Chinese companies to bid for contracts worth nearly £12bn to build High Speed 2, the planned rail line between London and the Midlands.

A third runway at Heathrow would also involve Chinese investment, because 10% of Heathrow Holdings is owned by CIC.

Are there national security concerns about Chinese investment?

Fears about allowing China such close involvement with highly sensitive nuclear projects are thought to be among the reasons for delaying final approval for Hinkley Point.

The former shadow energy secretary Lisa Nandy called on the government to reassure the public amid reports of concerns from members of the intelligence community.

One such worry is thought to be the possibility that Chinese workers could install a backdoor system, giving Beijing the potential to shut down Britain’s nuclear power stations and use them as leverage in any future diplomatic row.

It is not just nuclear technology that has set alarm bells ringing. Chinese telecoms company Huawei is keen to expand in the UK, but intelligence agencies are wary. By way of compromise, Huawei employs a team of independent cybersecurity experts, overseen by British intelligence, at a secretive Oxfordshire centre known as the Cell.

Have other countries shied away from Chinese investment?

Earlier this year, the Australian treasurer, Scott Morrison, blocked the sale of S Kidman & Co to a Chinese consortium. The Australian company owned land equivalent to 1.3% of the country and the potential sale fuelled concerns about the scale of China’s investments in Australia. A previous bid was also blocked, in part due to national security concerns, because some of Kidman’s land is close to a nuclear testing site.

The US has been equally mistrustful of Chinese investment, largely due to fears of the potential for cyberespionage.

Huawei and fellow telecoms company ZTE were deemed a threat to national security by a US congressional committee, and are blocked from winning contracts for the military and Pentagon.

Chinese investors do not spend their money out of affection for Britain; they do so largely because there is money to be made.

But there are other factors that make the UK an attractive place to store cash, particularly for private investors. One of these is a stable regulatory and legal system.

Business leaders sometimes fall foul of the regime in autocratic countries such as China, and when they do, they risk having their assets appropriated by the state. The same risk exists for investments in volatile economies around the world. That might explain why so much Chinese money has been poured into UK real estate, a solid investment governed by a predictable and fair legal system. Chinese investors have put more than $12bn into UK property, nearly a third of the country’s overall investment in Britain.