ByteDance,  the world’s most-valued startup, just launched a new social media product under its Douyin brand in what many people see as a serious attempt to challenge WeChat.

Tencent has long dominated China’s social networking space with WeChat  and QQ. WeChat claims to have one billion monthly active users worldwide, most of whom are in China. Its older sibling QQ managed to survive the country’s transition from PC to mobile and still have a good chunk of 800 million MAUs at last count.

Over the years Tencent has drawn contenders from all fronts. E-commerce behemoth Alibaba was one, whose app “Laiwang” to take on WeChat later pivoted to a Slack-like product for enterprise communication.

Now ByteDance is in the spotlight with its new brainchild, Duoshan. The app comes as a mix of TikTok, which is called Douyin in China, and Snap,  to bet on a 5G-powered future in which new generations prefer using ephemeral videos to communicate.

Unlike TikTok, which incentivizes users to follow celebrities and strangers, Duoshan is built for private messaging. It offers a dazzling selection of special effects and filters, as most other short-video apps do these days. The twist is that videos disappear after 72 hours to provide stress-free, off-the-cuff sharing, a need that WeChat also noticed and prompted the giant to come up with its own Snap-like Stories featurerecently. 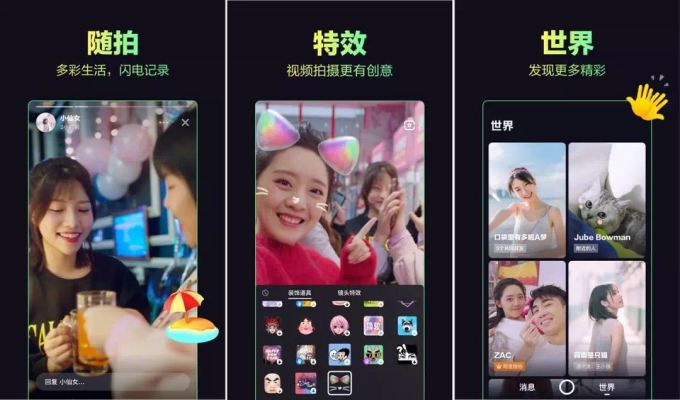 “We are seeing more and more Douyin users share their videos through other social media platforms and channels,” Douyin’s president Zhang Nan said in a statement. “With the launch of Duoshan, we are creating our first video-based social messaging app to allow users to share their creativity and interact directly with their family and friends.”

You may not know ByteDance, but its suite of media apps are turning heads all over the world thanks to millions of dollars spent on advertising. As of last July, TikTok claimed to have more than 500 million MAUs worldwide, excluding the 100 million users it gained from acquiring Musical.ly. The overall figure should be much higher now as it claims 500 million MAUs just within China through Douyin, ByteDance announced today. That solid base should help Duoshan during its initial user acquisition as the app allows easy login for existing Douyin users.

While TikTok is not a direct threat to WeChat — for it’s built for media consumption and WeChat is more of a tool for communication and a platform to run daily errands — Tencent did respond with a dozen video apps over the past year to play catch-up. Now, Duoshan appears to be going after WeChat’s core — instant messaging.

“We hope WeChat doesn’t see [Duoshan] as a competitor. What they do in essence is to build an ‘infrastructure’. We, on the other hand, are only going after people who are closest to you,” Chen Lin, the newly appointed chief operating officer of ByteDance’s news app Jinri Toutiao said at a press event today.

Two other high-profile entrepreneurs are joining ByteDance to roll out their own social apps today. Smartisan, which backed a WeChat rival that turned out to be a blip, is announcing the product tonight in China. The other challenger is Wang Xin, a pioneer in China’s online video-streaming space who was sentenced to jail in 2016 after being charged with providing easy access to pornography. His take on social media — Matong — is already live and was greeted with such warm reception that its server went down.

Duoshan has got many people excited. Some of the top trending words on Weibo, China’s closest answer to Twitter, today are linked to ByteDance’s move, such as “social,” “waging a war” and “Zhang Yiming,” who founded ByteDance in 2012.

Duoshan, which is Chinese for “flashes,” allows users to record and send each other short videos that disappear after 72 hours. The company says it will initially focus on finding loyal users for the app in its home market of China.

Duoshan is available on Android and iOS platforms in China, though at the time of writing, the iOS app was still in beta and was no longer accepting new test users. A spokesperson for Bytedance, which is the world’s most valuable startup, declined to comment on Duoshan’s roadmap beyond the Chinese market.

In contrast to most other social messaging apps, Duoshan does not publicly display likes and comments. Instead, the company says it will share likes and comments to users privately. In the app, users are offered just two sections: one for posting new videos and the other to discover popular videos.

“We are seeing more and more Douyin (Chinese for TikTok) users share their videos through other social media platforms and channels. With the launch of Duoshan, we are creating our first video-based social messaging app to allow users to share their creativity and interact directly with their family and friends,” Douyin president Zhang Nan said in a press statement. 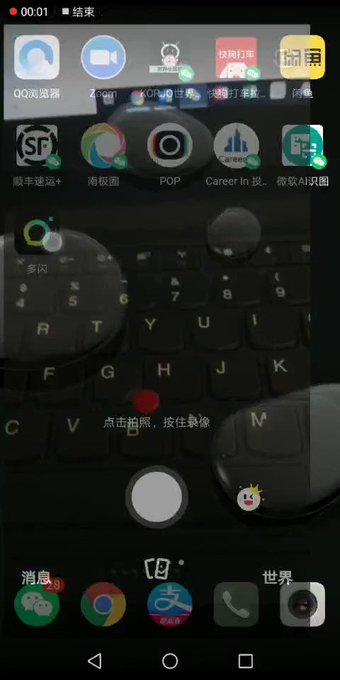 Bytedance also announced that TikTok has reached 250 million daily active users, up from the 500 million monthly active users across 150 countries it had reported in June last year. The app, which was merged with Musical.ly in 2017, surpassed Facebook, YouTube, and Snapchat in monthly installs in the U.S. last September, according to marketing research firm Sensor Tower.

The arrival of Duoshan will further fuel Bytedance’s quest to become the most popular social messaging platform in China, where it is challenging the dominance of Tencent’s WeChat app. WeChat, which has more than 1.1 billion monthly active users, is already blocking download links to the Duoshan app on its platform.

While WeChat remains ubiquitous in China, in recent years people in several markets have shown an interest in video apps. To accelerate its growth in the U.S. market, Bytedance has inked marketing deals with several celebrities, including Khloe Kardashian, Nick Jonas, and Nina Dobrev.

“Communicating through videos will provide our users a completely new experience that cannot be delivered through text, voice, and images. We believe Duoshan will play a key role in setting the new trend for visual communication,” said Xu Luran, head of product for Duoshan.